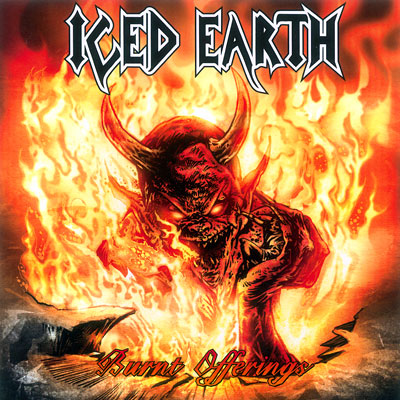 After a three year layoff, Iced Earth comes back with a vengeance. The title track is a reflection of the troubles they’d had in the past years, and throughout their careers. Once again, the third album brings a third singer and third drummer. In order to match the unique music, all Iced Earth vocalists have had the ability to growl, scream, and sing. Matthew Barlow also throws incredible power and emotion into the mix. This is Iced Earth’s heaviest album, but it still retains powerful symphonic sounds and heart-twisting acoustic passages. It also has all sorts of song structures, time changes, and cool stuff packed everywhere. Iced Earth had some long songs on the previous albums, but on this one they show their ability to create a full-fledged epic. ‘Dante’s Inferno’ takes us through the Nine Planes of Hell for sixteen minutes, each plane something new and demonic. This album was written during angry times — and it shows.