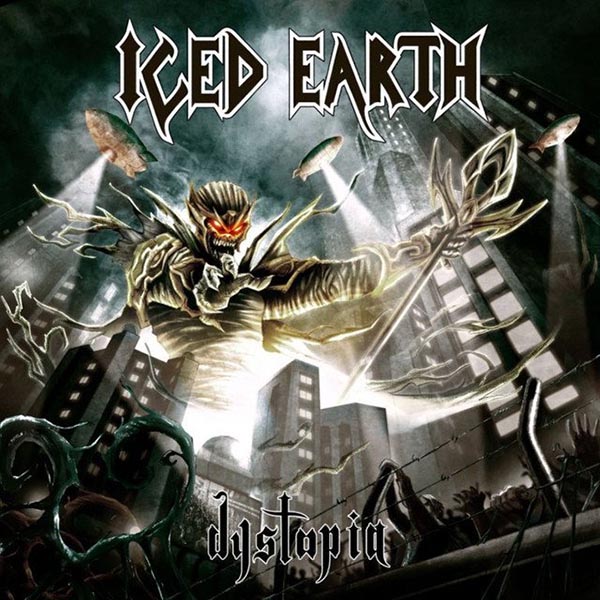 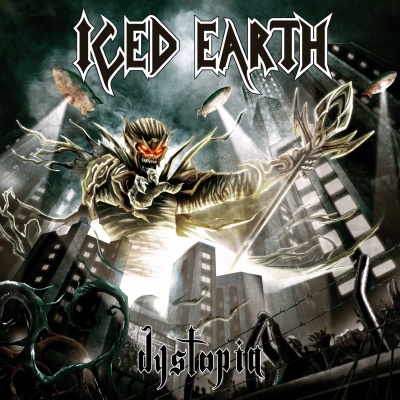 On Dystopia, the new album from American metal icons ICED EARTH, Jon Schaffer found that space. And made it his own.

In much the same way Horror Show (ICED EARTH’s tribute to classic characters from literature and movies) was born, Schaffer’s interest in dystopian themes in literature and movies led him to try his hand at that genre as well – even paying homage on the new album to the movies Dark City, V For Vendetta, and Soylent Green.

Add a pinch of Orwell (“If you want a picture of the future, imagine a boot stamping on a human face — forever”), a soupcon of Blade Runner, and a smattering of headlines from around the world and – voila! – you get Dystopia… perhaps ICED EARTH’s heaviest and most menacing album to date.

A blistering 10-song tour-de-force that explores the nightmarish Orwellian world of the future (or is it the present?), Dystopia runs the gamut of poignant ballads, bone-crushing riffs, stratospheric vocals, and chilling lyrics. It is a soul-searing album not for the faint of heart.

Of special interest to long-time fans of the band are two songs on Dystopia (the title track and “Tragedy and Triumph”) that feature the return of the “Something Wicked” storyline and “Set Abominae” – who, when last seen in The Crucible of Man (2008), had taken his position as ruler of the world.

Now armed with the dynamic vocal range of vocalist Stu Block (fresh from his success with prog-metal favorites Into Eternity), and a renewed passion he hasn’t felt for many years, Schaffer forged an album that cannot be ignored.

It is an album whose time has come.