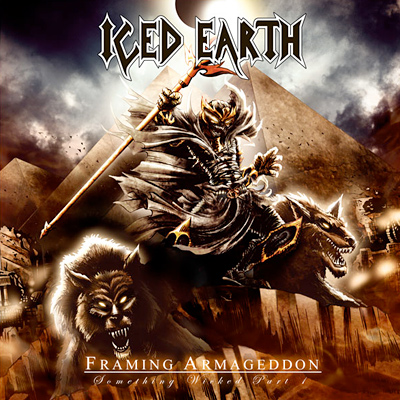 The amazing story had been lying in wait for the day it could be told. A musical soundscape, a soundtrack, even a concept album. But Schaffer notes, “I wanted to create an album where the tracks could also stand alone. I hope that the fans will really sit down and read the lyrics and look at the artwork while they’re listening to it, but that’s not always the reality. Every song has to be an ICED EARTH track that you can listen to in your car and just enjoy the music. The music evokes the emotion.”

And the emotional tale told here is a roller coaster ride for the listener. It’s a heavy metal sci-fi thriller of epic proportions, propelling one through a tale of evil and tragic loss, as well as the deception, patience and belief it takes to plan a reckoning. And all the while, we’re swept into the idea that our world is not as it seems. It’s actually not ours at all.

“It’s extremely difficult to sum up the story in a few words.” says Jon. “I can talk about it and go into detail about it for hours.”