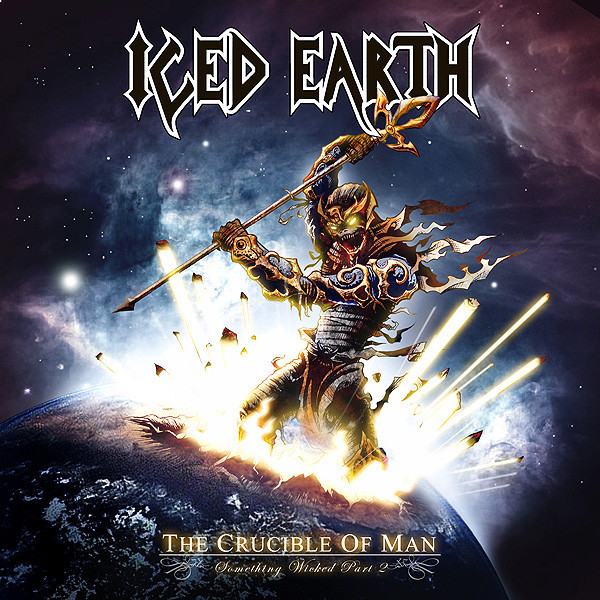 A true magnum opus and tracking in at over one hour, “The Crucible of Man” is a diverse, heavy, and shadowed soundscape the showcases the band at the absolute peak of its power in an illustrious career that has spanned over two decades. After fully absorbing, “The Crucible of Man,” it would seem that the innumerable trials and tribulations mainman Jon Schaffer has undertook over the decades as an uncompromising and never-totally-satisfied songwriter/musician were part of an otherworldly grand design that gave Schaffer the beastly prowess he needed to tell a story of unprecedented originality in metal music. That story is of course the “Something Wicked Saga.” While Schaffer hinted at what was to come on 1998’s “Something Wicked This Way Comes” disc, it wasn’t until 2007 that the stars aligned and the story could be revealed in detail with the release of “Framing Armageddon – Something Wicked Part I.” And although “The Crucible of Man” is the hard-charging sonic conclusion of the “Something Wicked Saga,” fans can expect the story to continue in other media such as print and possibly film in the future.

All principal recordings were conducted from February through April 2007 along
with Framing Armageddon (Something Wicked Part 1). Lead Vocals and remaining Lead Guitars, as well as mixing and mastering were completed during the months of March through May 2008.