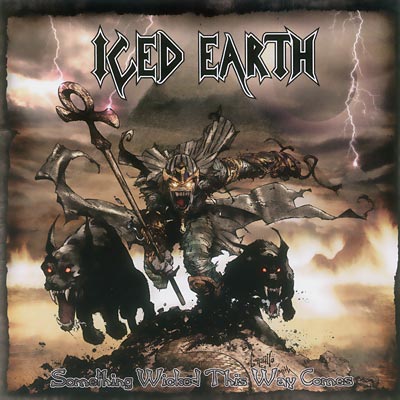 After the success of The Dark Saga, many were curious to see what steps Iced Earth would take to further elevate their position within the metal scene. There were many expectations about the new album, and of course, Iced Earth did not disappoint. They turned out yet another acclaimed album containing something old, something new, and most definitely something wicked. With thirteen tracks, Something Wicked This Way Comes is a roller-coaster ride which showcases Iced Earth’s talent in many different forms. Ranging from the crushingly dark and heavy “Disciples of the Lie” to the heartfelt and introspective “Watching Over Me”, Something Wicked…is bound to please both longtime fans and new listeners. The highlight of the album is another album-ending trilogy, entitled “Something Wicked”. Taking some musical cues from the Stormrider era and merging them with the newest Iced Earth sound, “Something Wicked” weaves a mysterious tale of prophecy, conspiracy, and the history of mankind. This powerful composition is a prelude to a future Iced Earth album, but even on its own, it stands as a masterful piece of work. To any metal fans who feel a void in their collection, it will be filled the day that Something Wicked…comes to you.